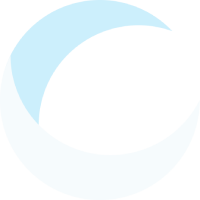 From New York to Newry and Everywhere in Between….

Growing up, Tom Mallon was certain about two things… he wanted to travel the world and he wanted to work in a job that he was passionate about.

Fast forward to 1985 and Tom took his first steps to accomplishing both these feats as he boarded a plane to the USA, where he spent the Summer months working his first ‘real job’ as a plumber’s mate in New York city, replacing faucets in Harlem and Long Island. Every 19 years old’s dream!

That first experience of working life stood Tom is good stead and he returned home with a determined mind and an aptitude to learn. With hard work and dedication, Tom successfully achieved a degree and a Masters in Engineering disciplines from two of Northern Ireland’s most prestigious Academic Institutions, Queen’s University and Ulster University.

In 1988, Tom began working for renowned manufacturer, Shorts in Belfast, where he was placed in the mechanical systems department for Dutch aircraft maker, Fokker’s wing and the Nacelle team. It was here that Tom’s love for all things aerospace began.

Following a happy, varied and extremely busy eight years at Shorts, which later became Bombardier, Tom made the move to Berlin, where he was employed by BMW Rolls Royce Aero Engines Dahlewitz (Now Rolls-Royce Germany), as a power plant installation designer. Once again working as part of the Nacelle Team, Tom held responsibility for the compliance with FAR, JAR and company regulations, ensuring the integrity of the design and installation of mechanical and electric systems associated with Engine Build Units (EBU) i.e. the systems that interface between engine and aircraft.

Continuing his allegiance with Nacelle Systems, Tom began working for GKN Westlands Aero Structures (WAE) in their Isle of Wight base, as well as in Tempe, Arizona, and Bombardier Montreal. Initially starting out as a GKN WAE Nacelle Systems Project Engineer with the company, Tom then progressed to EBU and Systems module owner.

With itchy feet, and his love of travelling and the aspiration of experiencing new cultures still prevailing, Tom was offered a chance to join the Aermacchi SpA (now part of the Finmeccanica- Alenia) team in Venegono in Italy, as an EBU technical systems Engineer and needless to say, he jumped at the chance.

It was then that Tom formed Nacelle Systems Consultancy, working with clients in the USA and European markets such as  Airgrup Spain divisions; Rolls Royce Deutschland; BAE Systems Prestwick / M-Jet; GEAE at Airbus Toulouse and back to where he began at Spirit (Shorts Brothers) in Belfast.

With the extensive engineering knowledge and experience he had built over many years, Tom knew the value that he had to offer the engineering sector, so he made the decision to establish Resonate Testing Limited, a wholly owned subsidiary of The Nacelle Group in his home city of Newry in 2015. Resonate Testing has since become one of the most successful test houses for all industrial sectors, servicing clients throughout the Island of Ireland, the UK, Europe, Russia and the United States of America.

In 2020, Resonate Testing Ltd was declared a Centre of Excellence for testing components for use in space launch vehicles, being the only commercial facility on the Island of Ireland that can perform combined temperature and vibration testing up to 54kN, and SRS shock to 10,000G.

Whilst it hasn’t always been plain sailing, as is the nature of running any successful business, Tom continues to be as passionate about his work at Resonate Testing Ltd, as he was replacing faucets in New York in days gone by. Tom also credits the fantastic team that he has built around him, which now stands at 13people, and includes his wife Donna and son, Steven.

Not a bad achievement for someone who was expelled on their first day of Primary School….