Next up in our Meet the Series, we’re introducing our Test Engineer, Conor Barry! 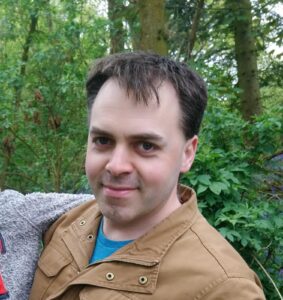 Q3. Length of time working for the company

I’ve been working at Resonate Testing for around four months now.

Q4. What is your background?

Q5. Favourite part of the job?

Working with the rest of the team in Resonate, bouncing ideas around and learning from them.

Q6. What does a typical day involve?

As a company that offers a testing service, each week is different with different types of customers and different complexities of tests we carry out. Typically though, a day will include a mix of reviewing requests that have come in, preparing for tests that are coming up, carrying out or overseeing tests planned for that day and reporting on and closing out tests that were recently finished.

Q7. What opportunities have you been given as a member of the team at Resonate Testing?

New experiences and opportunities to learn.

Q8. How do you like to relax outside of work?

I like to spend time with my family, to wind down in the evenings watching TV or streaming a film. There are a few podcasts I follow and from time to time I’ll read some Sci-Fi. I also have a few small model kits knocking around when I find the time.

Q9. Tell us an interesting fact about yourself

After I graduated from University, as part of an opportunity that came from my placement year, I went on a seven-week course of Chinese language and culture studies in Dublin City University. Ultimately, due to family reasons, I chose not to travel to China, but the course was fascinating and a lot of fun.

As with most skills, if you don’t use it, you lose it so there is not much Mandarin left in my head anymore.