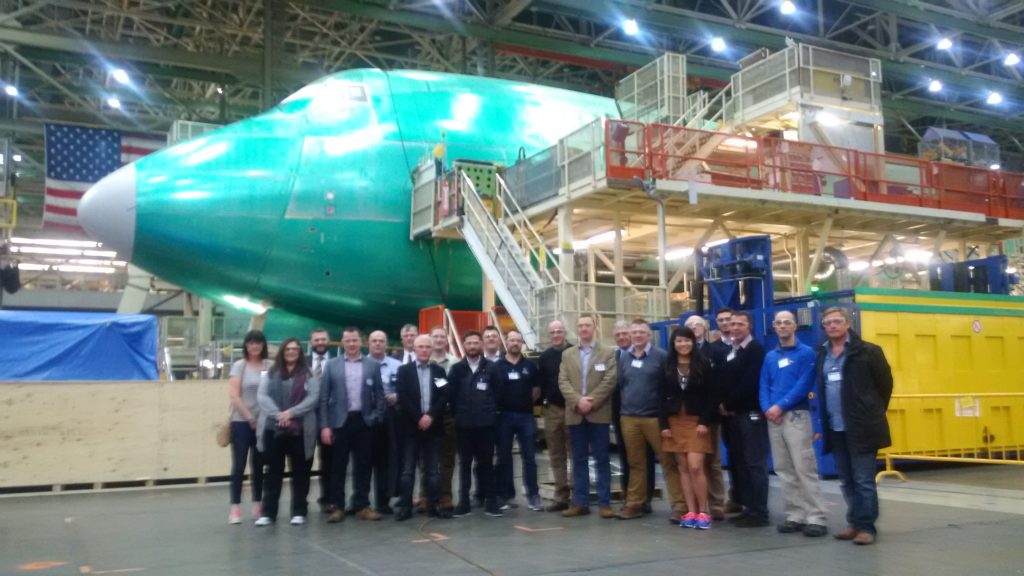 Whilst at the ADSS Seattle Exhibition, The Nacelle Group General Manager, Michael Thompson, was given a very enjoyable and unique tour with the Northern Ireland Aerospace Delegation around the Boeing Everett facility in Seattle, Washington..

Michael had this to say about his incredible experience:

‘As part of the Invest NI delegation in Seattle, we had the opportunity to take a VIP tour of Boeing’s Everett factory. It’s hard to put into words the scale of the Boeing operation – as the tour guide described it the main production building is the same floor space as Disneyland, Florida, and contains the busiest coffee shop in the State. With 6 production lines including the 747 Jumbo Jet, 777 and the 787 Dreamliner, this place is big. A fantastic tour and an incredible insight into the huge logistical challenges in assembling modern aircraft.’